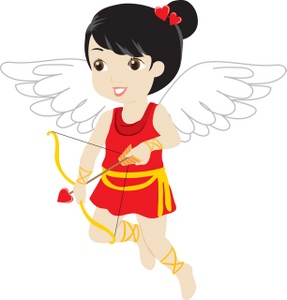 Traveling Thy: The Accidental Matchmaker

This is one of my favorite stories from my round-the-world backpacking trip. Thought I’d re-share. Enjoy! Originally posted May 12, 2012.

————————————-
You know those unfortunate, hopeless situations in life where you screwed something up so bad that all you can say is: “Oh shit”?

Yeah, I have those all the time.

But I had a particularly bad one last year when I was backpacking through Europe – come to find out this morning (about 14 months later), my “Oh shit” moment helped two people find LOVE. And MORE!

Before I got there, I had made Couchsurfing arrangements online with a very cool gal named Filenia.

Filenia is a professional cellist for the National Greek Orchestra. Cool, right?! I got to attend dress rehearsals for Opera Antigone, see a Russian choir perform at the Athens Concert Hall, and celebrate earth hour while Filenia performed her first ever cello solo in the chic, trendy Kolonaki area.

Filenia and I clicked instantly. She and her friends showed me a really good time and they introduced me to some seriously cool spots in Athens (The Art Foundation and the garden at Six D.O.G.S. are two of the coolest nightlife innovations I’ve ever seen). And needless to say, my days in Athens were filled with music.

The music stopped abruptly, however, when I made a terrible mistake. Filenia left for orchestra rehearsal early one morning, and left me with one task: let the puppy out to do her business in the afternoon.

Well, I let Nida out the back door, which opens up into a private fenced-in backyard. She came back when she was finished and that was that. I thought nothing of it.

When Filenia came home that evening, she thought Nida was behaving strangely.

She asked if I had let Nida out.

She asked if I’d gone outside with her.

I felt awful. Filenia was so upset, I thought she might actually ask me to pack my bags and leave! I didn’t know what I could possibly do to right this wrong. But I definitely knew that dwelling on the situation wasn’t going to make it better. If Nida did get pregnant, what could we do about it now?

Thy, please don’t let me get pregnant!

I took a breather from my desperate apologies, and insisted we go out for a drink. Absolutely demanded it. Filenia was resistant at first, but she eventually came around and agreed that sulking wasn’t going to repair anything. Only time was gonna tell if Nida was damaged goods.

A smooth-talking photographer started chatting her up, and the two hit it off. Filenia, ever the hard-to-get girl, said she hoped to see him again but didn’t give him her number. She told me later she wished she had. So a few days later, I went back to the bar and spotted a poster on the wall promoting a photography exhibit. Based on a conversation I had eavesdropped on between Filenia and George on that first night, I had a hunch that the poster – and the contact information on it – was for the George.

And I was right.

I jotted down the contact info, gave it to Filenia and insisted she call him. Not only did they get in touch – and fall for each other, and travel together – fourteen months later, Filenia and George are expecting a child together!!!

I received a most beautiful message from Filenia this morning, thanking me for my royal screw-up and for inadvertently connecting her with the love of her life.

Filenia had previously told me that her Couchsurfers often find love after staying at her place. She’s had amazing stories of travelers finding romance while passing through her home – she’s even received wedding invitations from her former guests all over the world! This good fortune eluded me somehow (sad face!) but that’s because the universe wanted Filenia to find love instead (happy face!).

And in case you’re wondering, Nida never did get knocked up. It was mommy’s turn after all.