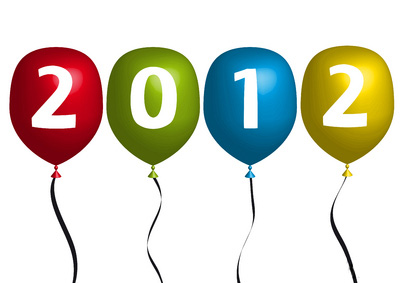 I’ve been really hard on myself the last couple months. As 2012 neared its end, I did that ever-so-annoying practice of looking back on my year and thinking it simply wasn’t good enough.

2012 had me shaking my head in disappointing wonderment. What the hell did I do last year? It was my first full year back in Los Angeles after an epic 25-country adventure, and I simply didn’t feel present.

I could go on about post-travel blues and all that jazz (like how I did that?), but that stuff is obvious and has been said and done to death on many a travel blog.

Yeah, it was a transition year and it sucked in all the classic ways: I longed for the newness and unfamiliarity that came with life on the road; I felt a massive disconnect with my friends when I came home; I was a little bit lonely and a little bit broke (I did drain my ENTIRE LIFE SAVINGS to travel those two years, after all).

What’s more is I came back to LA and did exactly what I had hoped never to do again: work in an office setting, and in the entertainment industry no less. It wasn’t intentional (“intent” is key here, I’ll elaborate below). I had come back to town without any plans, and I definitely wasn’t ready to work yet. But I was basically handed a job at Warner Brothers – HANDED, as in, without application, without interview. And given our country’s unemployment situation at the time, I’d have been foolish to turn down a job that was essentially being given to me. Turns out, I was foolish to take it as it was a personal regression and pathetic throwback to a job path I once loathed. The good news is I had a flexible, easy job for half the year and managed to save some money; I do not take that for granted.

What annoyed me about this and about 2012 as a whole was that I wasn’t living with INTENT. The go-with-the-flow, come-what-may mentality that I developed – and which served me so overwhelmingly well on my travels – wasn’t working in the real world. And that was a hugely depressing realization.

Hugely depressing, that is, until I put it into perspective. This liberating, carefree, fly with the wind disposition is actually what’s made me a happier human being. My travels have created in me a state of constant inner joy and love for life; stress and negativity roll off of me with ease; I’ve dug deeper into my heart and my soul than ever before; and I’ve found more of my “real” self, and the kind-natured, selfless, curious, intelligent, passionate qualities that make me ME.

I didn’t find my “working” or “cog in the system” self that I narrow-mindedly mistook myself as a failure for. That “self” hasn’t been found, and I’m okay with that now. I will NEVER let a career or my socioeconomic status define me or my happiness. But sure, I’ll find my career self someday. In the meantime though, I’m really damn pleased that I’ve found a whopping chunk of my personal inner self. And I happen to like what I’ve found in there.

That said, I actually had a pretty kick-ass year. The job at WB lasted only til June, so I had a helluva lotta TIME to have a helluva lotta FUN. Every now and then, I look back and laugh at how shallow (yet fun) my year was. I party’d a lot, I dated a lot, I went to dozens of live theater productions, concerts, and sporting events, I took a couple roadtrips, I karaoke’d like a freaking rockstar, I traveled to wine country several times, Vegas three times, Disneyland twice.

But it wasn’t alllll fun and games. I did a decent amount of volunteer work throughout the year and made financial donations to multiple causes despite my meager personal funds. I followed the presidential election obsessively. I started teaching myself the ukulele (and I’m not bad!). I actually read BOOKS this year. And as I started to discover what I truly, deeply value in my friends at this time in my life, I was active and deliberate about nurturing certain friendships while letting others run their course out.

More than anything, 2012 was a transition year for me, and despite how challenging and lonely it was, I really enjoyed myself. I made some good choices and some bad ones too, but I didn’t let much get me down. Life is too short for that. I had FUN.

Went snowshoeing for the first time

Saw the Grand Canyon at last

Became the queen of bad karaoke

Got my kicks on Route 66 with Ryan Keely

Went to the Happiest Place on Earth with wifey

Fired an AK47 in the Vegas desert

Carved pumpkins with my bestie on the beach

Was illustrated by the brilliant Terry Naughton

Paid a fortune in gas

Volunteered at the Midnight Mission

Made care packages for U.S. troops

Voted proudly for the POTUS

Got the pink memo from Russell Peters

Had my first ever birthday piñata…

…and my first ever birthday lapdance

Saw The Black Keys in concert

Woke up to this cutie everyday for 2 weeks in SF

Went on many hikes with Jared & Neiko

Saw 4 musicals, including The Book of Mormon

Spent the holidays with my favorite people

Had a white Christmas

My 2012 wasn’t such a disappointing and pathetic year after all, was it. I just needed a little shift in perspective.

2013 is off to a good start. I have some exciting new travel adventures coming my way; there’ll be a more intentional search for my career self; and I will likely make a move to somewhere outside of Los Angeles.

And I do hope that a hubby babydaddy is in my near future. There! I said it!

Oh, and didja notice? 2013 is also the year I stop discriminating against CAPITAL LETTERS. Woo! I welcome them to my blog with open arms and proper uses.

← An Oldie But a Goodie…Merry Christmas!
My 2012 Scrapbook (Food Edition) →